7 Ways Your Smartphone Is Damaging Your Health 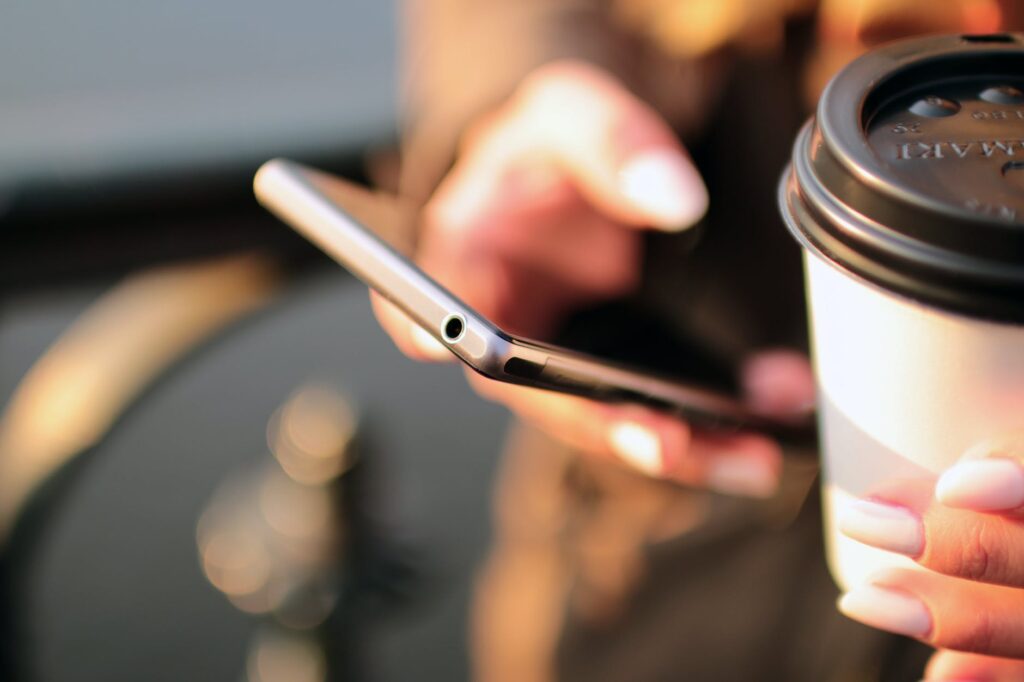 It’s impossible to even imagine life without a smartphone. Most of us are so reliant on our phones that we keep them within arm’s reach at all times.

But like all good things, smartphones pose some hidden risks. If you’re not careful about how and when you use your phone, you could be harming yourself without even knowing it.

Don’t think your phone is anything to worry about? Here are seven ways your smartphone is damaging your health.

1. Smartphones Can Disrupt Your Sleep

Smartphones emit blue light, which refers to blue wavelengths that boost attention and mood. At night, when it’s time to wind down and go to sleep, blue light exposure can make that difficult to do.

Blue light actually suppresses melatonin, the hormone which helps to control our sleep cycles. Lying in bed using your phone at night can create poor sleep habits, which can lead to a whole host of other issues, including stress, lack of productivity, and weight gain.

2. Smartphones Can Put Strain on Your Neck

“Text neck” is a syndrome that’s easy to develop if you spend hours hunched over your phone. Your neck and spine are meant to be constantly arched forward — they’re meant to be upright and aligned with one another.

To avoid text neck, make it a point to bring your phone up in front of your eyes rather than bending forward to look down at the screen.

Text neck isn’t the only physical damage that smartphones can cause. They can also inflict pain in your shoulders and down your arms.

3. Smartphones Can Cause Eye Strain

All screens, including televisions, tablets, laptops, and phones, can cause eye strain. But smartphones, with their powerful blue light, are especially harmful to the eyes.

Too much exposure to blue light can damage the cornea and the retina, which can lead to long-term issues such as macular degeneration. It’s important to break up your smartphone usage into five-minute intervals, rather than staring at your screen for hours on end.

4. Smartphones Can Make You More Forgetful

If you’re old enough to remember life before smartphones, then you remember what it was like to have to memorize phone numbers. But with an endless contact list in your phone, there’s simply no need to memorize anyone’s phone number or address anymore.

Most people think of this as a benefit, but it’s actually doing us more harm than good.

Smartphones can keep track of everything for you, from phone numbers and passwords to calendars and to-do lists. That means that we’re not really forced to remember anything for ourselves anymore. Without the need to commit certain items to memory, we actually lose memory function.

Being distracted also contributes to memory loss, and smartphones certainly make it easy to get distracted. One study shows that cognitive function and memory performance decreased after just five minutes of phone use!

Memory function is also affected by your sleep habits, which can also suffer from nighttime smartphone use.

5. Smartphones Can Make You More Prone to Physical Injury

It may sound hard to believe, but your smartphone can actually make you more susceptible to physical injury. Well, the phone itself won’t make you more prone to injury, but phone usage can.

The more time you spend sitting and staring at your phone, the more likely you are to experience physical injury and pain. That’s because the less active you are, the weaker your muscles become and the less endurance you have. With weaker muscles and less endurance, it can become more difficult to exercise and easier to gain weight.

In order to live a happy, healthy life, you need to be active. Unfortunately, smartphones encourage the opposite behavior.

6. Smartphones Can Harm Your Mental Health

Depending on what you use your smartphone for, it can also have a big impact on your mental health.

Social media is supposed to be a way to engage socially, but it often has an adverse effect. Sitting alone at home, flipping through social media posts can actually create feelings of isolation, which can lead to increased anxiety and depression.

Instead of spending time on social media apps on your smartphone, socialize in person with family and friends. Get outside and do things together. The more physical activity and social engagement in your life, the better your physical and mental health will be.

7. Smartphones Are Full of Germs

We touch our phones thousands of times per day. In addition to that, we put them down in different rooms and on different surfaces as we move through our homes, offices, and schools. And every time you touch your phone or your phone touches something else, bacteria, viruses, and germs are transferred.

A dirty phone can make you sick and put you at risk for all sorts of illnesses and diseases. The more often you use your phone, the more important it is to wipe it down regularly with an antibacterial wipe.

It’s also a good idea to take it out of its case every once in a while, as dirt and germs can get trapped between the phone and its protective shell.

No, smartphones don’t emit harmful radiation, and (as far as we know) they won’t give you cancer. But there are plenty of other ways that they can damage your health.

If you’re not careful about how you use them, smartphones can:

Should you toss your phone away for fear of text neck, going blind, or gaining weight? Absolutely not. But you should be reasonable in your usage and limit how much time you spend on your phone each day.

Adam Marshall is a freelance writer who specializes in all things apartment organization, real estate, and college advice. He currently works with The Lofts at Brentwood to help them with their online marketing.