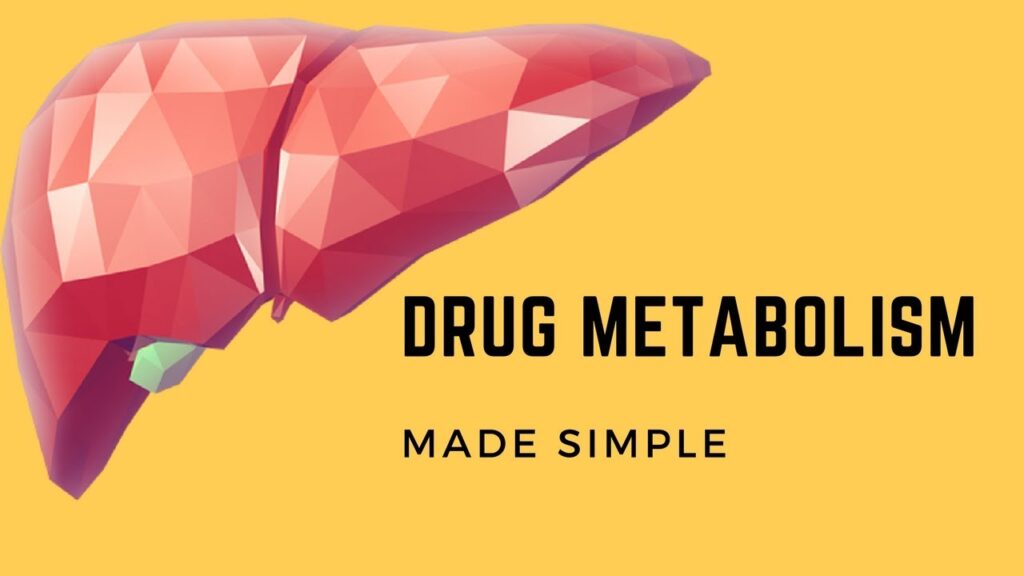 Drug metabolism occurs in many sites in the body, including the liver, intestinal wall, lungs, kidneys, and plasma.

As the primary site of drug metabolism, the liver functions to detoxify and facilitate excretion of xenobiotics (foreign drugs or chemicals) by enzymatically converting lipid-soluble compounds to more water-soluble compounds. Check out metabo379 reviews.

Cytochrome P450 (CYP) is a hemeprotein that plays a key role in the metabolism of drugs and other xenobiotics.

The liver is the major site of cytochrome 450-mediated metabolism, but the enterocytes in the small intestinal epithelium are also potentially important.

CYP450 isoenzymes: The CYP450 system comprises 57 isoenzymes, each derived from the expression of an individual gene.

Four main subfamilies of P450 isoenzymes are thought to be responsible for most (about 90%) of the metabolism of commonly used drugs in humans: CYP1, CYP2, CYP3 and CYP4.

The most extensively studied isoenzyme is CYP2D6, also known as debrisoquine hydroxylase.

Of the many isoenzymes, a few (CYP1A2, CYP2C9, CYP2C19, CYP2D6, CYP2E1 and CYP3A4) appear to be responsible for the human metabolism of most commonly used drugs.

The genes that encode specific cytochrome 450 isoenzymes can vary between individuals and, sometimes, ethnic groups. These variations (polymorphisms) may affect metabolism of substrate drugs. It shows a polymodal distribution and people may be described according to their ability to metabolise debrisoquine. Poor metabolisers tend to have reduced first-pass metabolism, increased plasma levels and exaggerated pharmacological response to this drug, resulting in postural hypotension. By contrast, ultra-rapid metabolisers may require considerably higher doses for a standard effect. About 5–10% of white Caucasians and up to 2% of Asians and black people are poor metabolisers.

The CYP3A family of P450 enzymes comprises two isoenzymes, CYP3A4 and CYP3A5, so similar that they cannot be easily distinguished. CYP3A is probably the most important of all drug-metabolising enzymes because it is abundant in both the intestinal epithelium and the liver and it has the ability to metabolise a multitude of chemically unrelated drugs from almost every drug class. It is likely that CYP3A is involved in the metabolism of more than half the therapeutic agents that undergo alteration by oxidation. In contrast to other cytochrome 450 enzymes, CYP3A shows continuous unimodal distribution, suggesting that genetic factors play a minor role in its regulation. Nevertheless, the activity of the enzyme can vary markedly among members of a given population.

Substrates are numerous and diverse compounds.

Characteristic absorbance at 450 nm when cyanide is bound.

Enzyme-inducing drugs with short half-lives such as rifampicin will induce metabolism more rapidly than inducers with longer half-lives, for example, phenytoin, because they reach steady-state concentrations more rapidly.

Enzyme inhibition is responsible for many clinically significant interactions. Many drugs act as inhibitors of cytochrome 450 enzymes