Everything To Know About Sermorelin 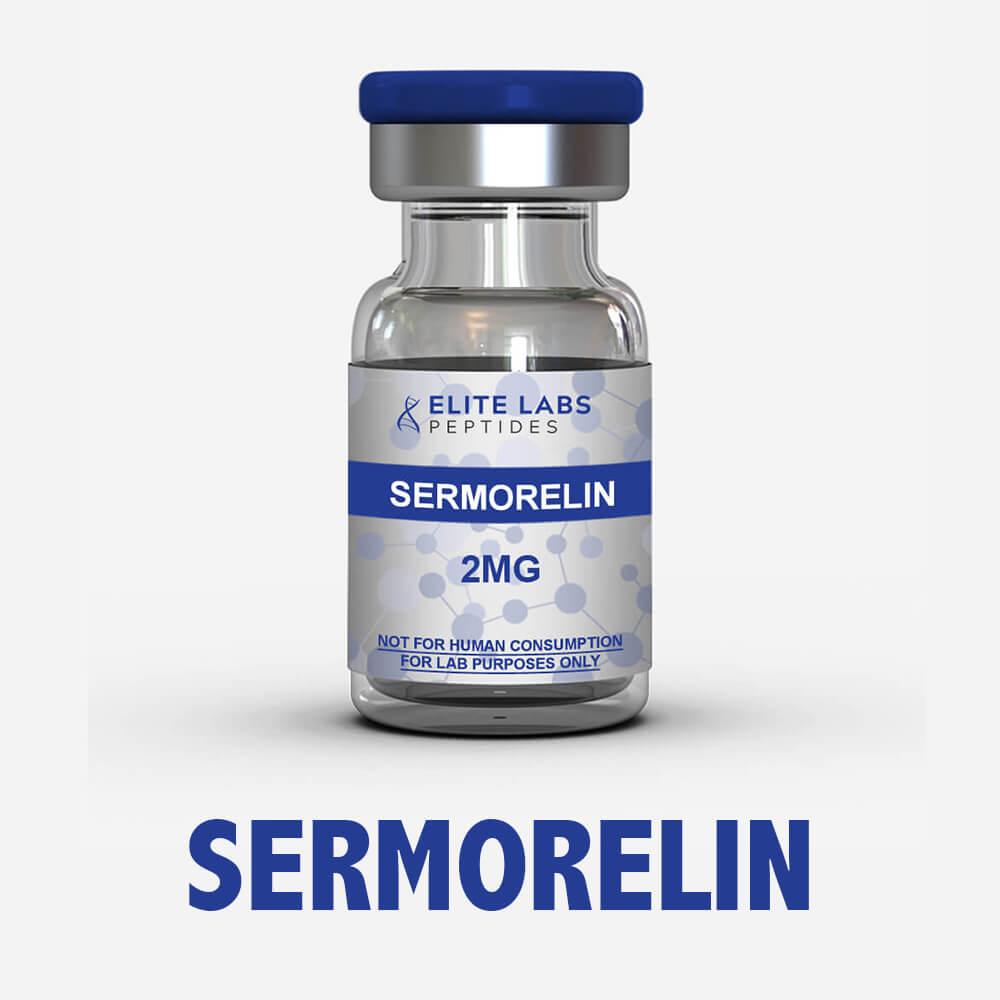 Sermorelin is a kind of peptide whose chemical structure is similar to the growth hormone-releasing hormone (GHRH). It is created through the recombinant gene technology and can be found under brand names Gerel and Geref.

What was it used for in the beginning?

Initially, sermorelin was used in diagnosing deficiencies in the pituitary gland as well as treating the growth hormone deficiency (GHD) in kids and adolescents. They were later extended to diagnose insufficiency of the growth hormone in adults. After a while, it was seen to grow lean body mass and reduce fat mass, maximize uptake of oxygen, increase tolerance during exercises, and enhance muscular strength. For this reason, athletes, bodybuilders, and those looking to stay young and fit for life started using the drug. Though it is a synthetic medication, we must not forget that the versions of this drug were made to handle a challenge that their natural equivalents could not handle adequately.

For sermorelin to be created, researchers had identified a couple of challenges that made further development of this drug possible. For instance, the HGH levels in our bodies keep fluctuating throughout our lives, from childhood to adulthood. As we grow, these levels increase and hit their premier at puberty. The middle age is when they reduce. Now, in case the pituitary gland or hypothalamus is damaged, there will be an effect on HGH production. This effect may lead to the overproduction or deficiency of HGH. This can also be caused by tumors, which develop as a result of gene mutation. When the levels of HGH are too low constantly, that is when a patient is diagnosed with the human growth hormone deficiency (GHD). For treatment, one is taken through the Growth Hormone Replacement Therapy (GHRT).

This therapy was adopted in the mid-1940s to the late 1950s. During this time, it was done on animals and human corpses. The growth hormone is specific to species in that the kind that you take from an animal can work well on the actual animal or another of a similar species. For the optimum effect on humans, scientists got the growth hormone from a human body.

To treat a daily patient, medical specialists would take 1 mg of HGH, which would take more than 300 pituitaries to get it. Since there was a shortage of dead bodies, there was a limited supply of the growth hormone. This caused the supply of GH to dwindle.

In 1985, a lot of kids in the U.S were diagnosed with Creutzfeldt-Jakob Disease (CJD), which is a terminal progressive brain disorder. These children were seen to have been previously treated with the GH sourced from human bodies. This, therefore, led to the cessation of human-sourced HGH to evade a crisis in the health sector. Treatment was only reserved for severe cases. But with time, demand began to exceed supply, thus the creation of the synthetic GH. This became a full reality in 1981.

When it comes to the chemical structure of the natural and manmade GH, they are very much alike with little distinction. The natural version contains 191 amino acids while the synthetic one contains only 29. This is the reason behind the sermorelin chemical name GRH 1-29 NH2. The amino acids in sermorelin were not selected at random. The ones selected were identified as stimulants for the secretion of HGH by the pituitary glands. Since these amino acids work as secretagogue – a substance that stimulates the release of another substance – they make this synthetic version of the GH therapy very beneficial. In this case, researchers can pick on the amino acids they need and ignore the rest.

The sermorelin creators’ aim was to create a drug that enhances the natural production of HGH by the anterior pituitary gland without directly increasing the HGH levels in the blood. This increase would be fatal as the body would not have the ability to self-regulate itself, leading to serious health complications. These complications would include oedema, which is the swelling in the legs and arms, breast tissue enlargement in men (gynecomastia), increased insulin resistance, pain in muscle and joints (arthralgia), and many more nasty effects. These effects can be direct or indirect during sermorelin therapy when the anterior pituitary gland produces high levels of HGH.

The direct effect takes place in cells with receptors for the growth hormone. Those that do not have the growth receptors have HGH working through the growth factor-1 (IGF-1), which is like insulin and produced in the liver. This is the indirect kind of effect. These effects are both responsible for the many benefits linked to the sermorelin therapy.

So, how is sermorelin beneficial to human beings? Well, you are about to find out.

Sermorelin increases the strength and size of the muscles. According to studies, secreted HGH promotes the development of collagen in the skeletal muscles and tendon. This effect is good for you if you love to exercise as it increases your muscle strength.

Besides the benefits on the muscles, sermorelin can also;

Though sermorelin has many benefits, it has side effects that may not be suitable for you. When you are disciplined and take the prescribed dosage, you will have fewer occurrences of these side effects. This is because it has been created to assist the body in the regulation of the production of HGH. It, therefore, allows the body to do the ‘normal feedback’, which is a self-protective mechanism in the body. This process regulates the levels of HGH by bringing them from high to normal levels. This helps as your hormone levels will remain balanced, preventing sudden drops that may lead to unpleasant effects.

When injecting yourself with sermorelin, you may experience swelling, pain, or redness. These effects are normal: however, if these side effects persist, kindly consult your doctor. Get immediate medical attention when you experience headache, difficulty breathing, vomiting, itching in your throat, and dizziness. These are signs that you could be allergic to the drug.

So, how do you go about administering the dosage of sermorelin?

A dose administered once a day before bedtime is very therapeutic and has effects that repair injuries. When this dosage is increased to a higher level of concentration, it leads to the gaining of muscles, loss of fat, as well as repair of injury. It is best to take your dose with proteins or on an empty stomach as carbs and fats reduce the effects of this drug.

Sermorelin stays in the body for about 11-12 minutes, which is such a short time. It is quickly cleared from circulation for about 2.4-2.8 L/min. For this reason, its effects are better when the dosage is administered frequently.

Sermorelin dosage is different for bodybuilders since it starts from 500 mcg and is administered at least 3 times a day. Those who want to lose weight also take it differently from around 200 mcg. The Sermorelin effect, in this case, will be seen faster when it is taken with the same amount of a GHRP like ipamorelin for several times a day. You will also need to eat a balanced diet and do exercises for better effects.

To know the best dosage for you, get your blood work done often and adjust the sermorelin amount whenever needed.

In case you miss a dosage, take it immediately you remember. But, do not take it if your next dosage is almost due. Make sure that you do not double up on the dosage in a bid to catch up.

For less or no contamination, rotate the medical injection site periodically. Keeping a record or an injection log will help avoid any confusion. Remember to use syringes and needles that are sterilized and disposable. Also, do not forget to wipe the rubber vial top with an antiseptic before piercing it.

Now that you know more about sermorelin, ensure that you take it as prescribed and avoid overdosing.