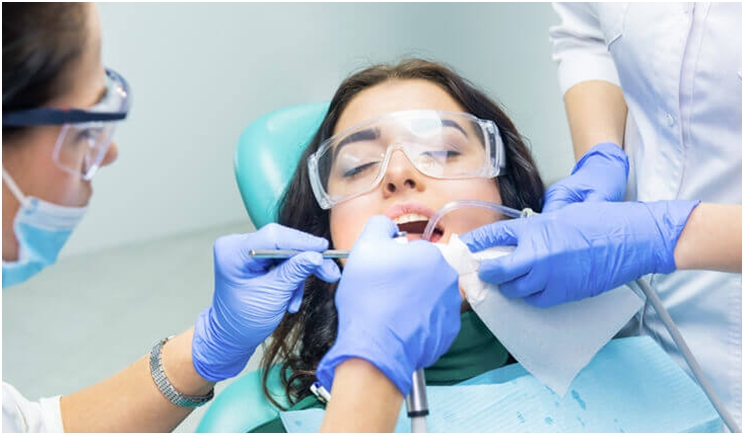 Medicaid is a type of government-sponsored medical insurance program (jointly funded by states and the federal government) that helps alleviate medical costs for people with low income and resources. There is a process to obtaining this where you apply for this medical assistance, and if you meet the requirement you get into the program.

Eligibility is determined according to each state’s laws, income, age, and other information, and this also holds true for Virginia. Medicaid in Roanoke covers children under 19 years, pregnant women, parents, and caretakers of dependent children, blind or other disabled individuals, and adults aged 65 years and over.

There are basically two distinct eligibility requirements for the health assistance program. They are:

You can click here to read more about Medicaid in Roanoke, how to go about it if you don’t have it already, and how you can take advantage of it.

Dentistry, which is also known as dental/oral medicine, is a branch of medicine that deals with disorders and conditions of the oral cavity, as well as its prevention, and cure.

Dental care is very important for every stage of life, from infancy to adulthood. Asides general dentistry, there are also various arms like pediatric dentistry, orthodontist, prosthodontist, periodontics, etc. which are all specialist aspects with targeted focuses within the profession.

Studies have shown that there are a lot of great dentists in Roanoke, but beyond their availability is an interesting twist where only a handful of them actually accept Medicaid.

Children and adults eligible for Medicaid are entitled under the law to comprehensive dental services which includes preventive and restorative services. As you may have guessed, the number of people who utilize this program is extremely low due to factors which include but are not limited to lack of dentists who participate in making this happen for them. Some of the other reasons why only a few dentists participate in Medicaid are:

Amidst all of these factors that seemingly make it look difficult to accept Medicaid as a dental practice, establishments like the Eschenbach family dentistry have been able to look at the brighter and bigger picture and decide to accept it.

Sometimes, it’s not all about the money but about giving back. It’s seeing it as community service knowing that if it’s a child, that dental issue can affect him for the rest of his life. Sometimes, it could just be about being human, knowing that the patient (adult or child) really needs the service. Pains associated with the tooth ache can be excruciating and unbearable. It would therefore be unfair to turn down someone who’s fallen into hard times in their hour of genuine need.

Finding an approved Medicaid dental practice doesn’t have to be that difficult as highlighted above. There are some who have chosen against all odds to opt into the program and help. So, if you’re in Roanoke, Virginia, you don’t have to be stranded or travel across states to find help.

Get started by finding out your eligibility status, apply to be enrolled in the program if you’re eligible, and enjoy all that it covers for you. Remember to ask questions and get proper education on what your plan covers and utilize it fully because even though you aren’t paying for it, the government is. Make it count.