How to Know If You Are a Good Candidate for Rhinoplasty 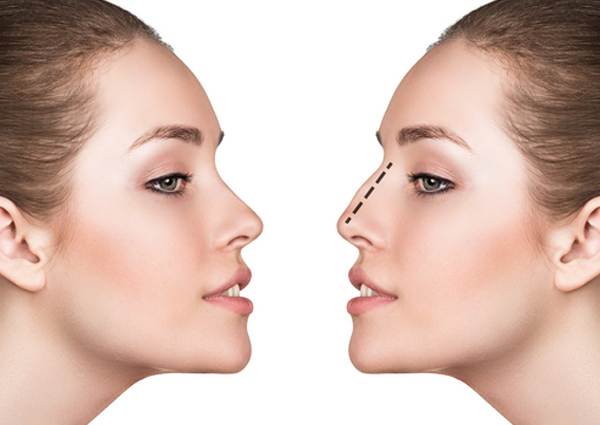 There are only a few iconic landmarks that are associated with an area. For instance, when you look at the Statue of Liberty, you know that it is in the United States. Paris has the Eiffel Tower, and China has the Great Wall. Sydney, on the other hand, has the historic Opera House. But there are also other destinations in the city that are frequented by tourists like Bondi Beach, Sydney Harbour Bridge, Darling Harbour, and the Queen Victoria Building, among others.

Every year, there are an estimated 16 million visitors to Sydney, about four million of whom are international tourists. But what impresses them more are the people. It seems that the city’s people are so confident about their looks.

Unfortunately, that impression is only skin-deep. For instance, the Butterfly Foundation ran a study on Australians’ body image, which revealed that about 1 in 3 of them is not happy with the way they look.

It is no surprise, however, that Australians spend a lot of money on cosmetic surgeries like facelift, liposuction, breast augmentation, and Rhinoplasty in Sydney. However, a nose job is much more than to improve one’s appearance. In some instances, it can also be the last resort to correct a condition like structural trauma, deviated septum, or cleft palate, among others.

It makes one understand how some people will spend a lot of money on a nose job. According to this report, for instance, rhinoplasty can cost about $20,000, which is not cheap.

Although there is no data on the number of Australians who opt for rhinoplasty, not everyone is qualified to undergo the procedure.

How to Know if You are a Good Candidate?

For the most part, you are qualified for rhinoplasty in Sydney if you are in good health, you do not smoke, and you have a realistic expectation of the outcome. The list of criteria is from the American Society of Plastic Surgeons, which, oddly enough, also includes facial hair.

Nevertheless, licensed cosmetic surgeons abide by the ethics of the profession. They do not simply accept every application for the procedure, even if it means losing out on potential income.

During your consultation, you will answer some questions to help the professional determine your state of mind. People with body dysmorphia, for instance, will be rejected. Obviously, rhinoplasty is not the answer to their condition.

Another reason why you will be rejected is if the surgeon already sees nothing wrong with your nose, physically and structurally speaking. It speaks volumes about your frame of mind at the moment you consulted for a nose job.

Of course, you will also be rejected if you have preexisting conditions that may complicate the procedure and put your life at risk. For instance, diabetes is a red flag for cosmetic surgeons. Another example will be if you have a bleeding disorder, heart condition, or high blood pressure. If you have an alcohol addiction or obese, your case will be deferred until you have resolved those issues.

Those who are suffering from depression and other mental health problems will not be a good candidate for rhinoplasty. Also, teenagers who are not yet physically developed will be advised to come back when their bodies have matured enough.

As you can see, even if you have the money to pay for rhinoplasty, it does not automatically mean that Sydney cosmetic surgeons will take your case.

Author Bio: Ester Adams is a farmer of words in the field of creativity. She is an experienced independent content writer with a demonstrated history of working in the writing and editing industry.  She is a multi-niche content chef who loves cooking new things.

Tags: skin, depression, health, mental health, diabetes, cooking, Cons, How to Know If You Are a Good Candidate for Rhinoplasty