Is Melatonin Safe for Kids| All You Need to Know About Sleep Recovery Gummies!

Melatonin helps regulate the biological clock, which controls the sleep/wake cycles and helps the body’s effective function virtually. Melatonin is released in the evening, which is also stimulated by the darkness. However, during the morning hours and also during the day, it’s mostly shut off. So, synthetic/artificial Melatonin is recommended for children who have difficulty falling asleep.

Let’s find out more about the sleep gummies melatonin and its advantages:

Are sleep gummies safe for kids?

It’s almost midnight, and you are struggling hard to make your child sleep! Your kid’s disturbing sleeping patterns have begun to affect his school performance. You have also tried to set a consistent bedtime, but all in vain! And most of all, you’ve become frustrated due to sleep deprivation yourself because of your kid’s insomnia.

Also, you have heard about a hormone supplement-melatonin! Probably your pediatrician has recommended it, but you are still hesitant to give it to your child! ‘Is it Safe?’ is the only question that keeps running in your mind! Medical Experts say that ‘It is probably safe!’ But before making a sure deal get your facts right about these sleep gummies for kids.

If you search on the web, you will find some of the mixed indications regarding the sleep gummies:

Can Melatonin help your child sleep? 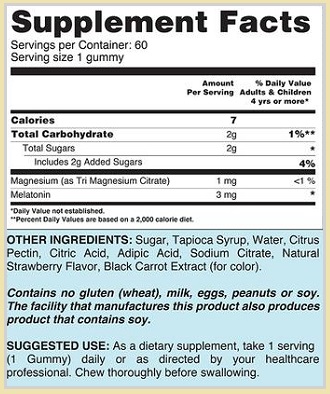 There are many reasons kids have trouble falling asleep, like anxiety, restlessness in the legs, or early bedtime. Melatonin is also used as a part of the treatment program for the various teens with a biological rhythm disorder called a delayed sleep period in which the natural fall asleep and the wake periods are much later as usual. Unfortunately, they also tend to interfere with normal daily activities.

In general, it can be said that melatonin or sleep gummies for the kids have comparatively low side effects. Also, there is very little evidence about any major side effects.

How does Melatonin Work?

It can not only set up the circadian clock of your kid, but Melatonin also helps reduce the body temperature, which is another signal to the brain that it’s time for sleep now. It does not cause any drowsiness. Melatonin has been used successfully for several kids facing sleep issues associated with autism spectrum disorder, ADHD, epilepsy, and migraine headaches.

When should gummies sleep be taken?

It needs to be consumed for one to four hours before the expected time for sleep. Melatonin also helps set the circadian clock; Melatonin has little or no side-effects in most cases!

Thus, few types of research indicate that Melatonin is safe in the short term for healthy kids. It can also be used by kids with an autism spectrum disorder or having other health issues. Moreover, there is no recent evidence to depict the long-term side-effects of Melatonin in kids, but in few cases, it might affect hormone production. You can also give it to your kids for a short while as a short-term accompaniment to bring changes in sleep hygiene.

So, if your kids have some really serious disturbing sleeping patterns, you can go for the sleep gummies! But make sure to consult the pediatrician once too! A confirmation from a Medical Expert is always advisable.

Filed Under: Health Tips
3 Differences Between Skincare for Men and Women
All you need to know about Ringworm