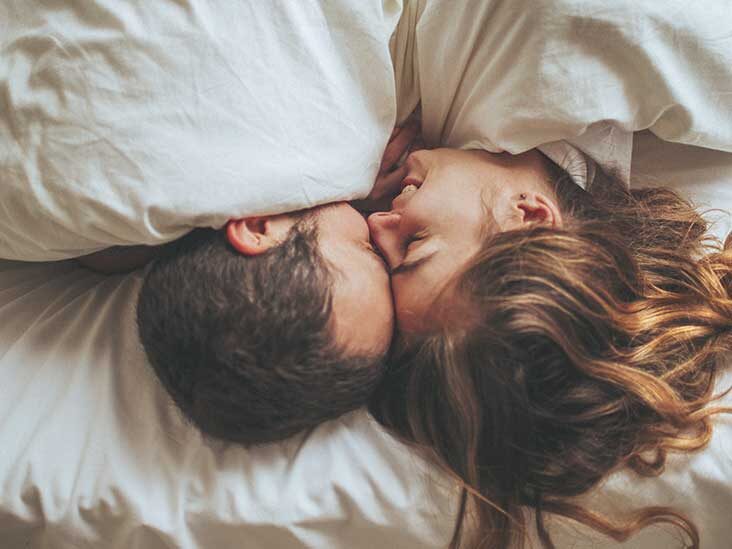 No matter what age you are, it can be easy to lose that fire and zest for life and love known simply as the libido. No matter if you are 30, 40, 50 or older, it is more than possible to continue to feel that fiery desire when it comes to spending time with the special person in your life.

If you are looking for new and creative ways to boost your libido and enjoy a meaningful way to increase and improve your love life, then you have come to the right place. Let’s go over some of the top ways that you and your spouse can enjoy a major libido boost so that you can express your love longer, better and more often than you currently find yourself able.

Fenugreek for Libido is a fascinating herb that is also regularly referred to as Trigonella foenum-graecum. In fact, the seeds are regularly found in spices for cooking and toppings, most regularly found in the foods of Southern and Central Asia. But we’re not here to talk about food. We’re here to talk about the male and female libidos. Incredibly, Fenugreek is known to improve and expand both in a major way.

It has been reported that a daily dose of 600mg of fenugreek in men between the ages of 25 and 52 saw a measurable increase in their libido and desire. An additional study related to fenugreek showed remarkable increases in testosterone, sperm health and overall performance. In a study of female libido, 80 women to 600mg of fenugreek daily and saw a significant increase in sexual desire and arousal when compared to a placebo group.

Tribulus is a simple and small leafy plant whose roots and fruits are highly popular as aphrodisiacs, primarily in Chinese medicine. It is widely available for purchase and is marketed as a way to naturally boost testosterone. While medical studies have shown that it does not raise testosterone levels, it does measurably increase sex drive in men and women.

On top of that, red ginseng may be able to get the body to boost its production of nitric oxide, a compound that helps the blood circulation and muscle in the male reproductive organ relax. In fact, studies have shown that red ginseng is at least twice as impactful when it comes to enhancing erectile dysfunction.

With all that being said, it is important to know that red ginseng has come with certain side effects in some people who take it. Those side effects include, but are not limited to headaches, upset stomach, and it can also have a negative interaction with certain medications such as blood thinners. For that reason, it is always encouraged that you speak with your primary care doctor before you start taking red ginseng or any other over the counter medication.

The delicious spice that is oh so expensive at your local supermarket doesn’t only have the benefit of spicing certain dishes, it also may have the ability to positively impact your reduced sex drive and libido. In fact, saffron has been used for centuries as a way to reduce stress and act as an aphrodisiac. Its ability to improve and increase sex drive has even been found in people who are using antidepressant medications to help with anxiety, depression and more.

One four-week study with 38 women who exhibited low libido due to antidepressant use found that taking 30 mg of saffron daily improved several sexually related issues such as decreased arousal and lubrication.

A 4-week study of men who suffered with arousal and desire dysfunction related to antidepressant use found that taking 30mg of saffron improved erectile dysfunction significantly when compared to a placebo. Another five studies that included over 150 people showed an improvement in various aspects related to sexual desire, pleasure, and arousal in both men and women.

Maca is a root vegetable that is traditionally believed to have a positive impact on infertility and sex drive.

Several studies have shown that the consumption of Maca does reduce cases of erectile dysfunction. On top of that, some evidence shows that Maca may help the loss of libido as a side effect of some pharmaceutical antidepressant drugs.

A very popular herbal supplement in traditional Chinese medicine, Gingko biloba is traditionally used to treat a number of issues and disorders related to sex and libidos. The reason why is because it can raise the level of nitric oxide in a person’s blood, which helps aid and improve the blood flow in the body as well as the expansion of blood vessels.

With that being said, studies have had some mixed results. One study that included 63 people taking ginkgo biloba for four weeks showed that it helped with antidepressant-related sexual dysfunctions such as low levels of desire, arousal and or pleasure.

However, with that being said, another study showed that there was little to no impact on sexual desire and arousal related to ginkgo biloba.

In the end, there is no wrong way to go. In fact, there is a positive to trying out all or several of these supplements over time to see which work best for you. Just make sure to consult your primary care physician to make sure that they don’t interact poorly with any medications you may be taking.