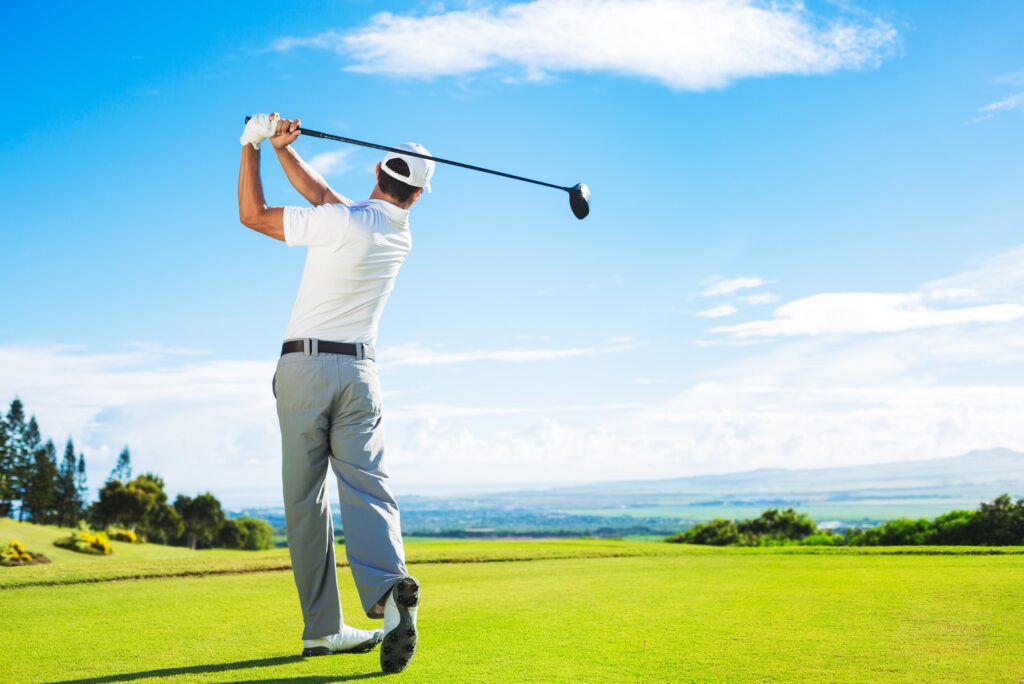 Are you thinking of taking up golf? You may believe that the barrier of entry to golf is big – and that it’s played by old people with expensive clothes. And sure, that may be the case in some places even today. However, in most areas, golf is more accessible and popular than ever. You might be tempted to take it up — but you feel like everyone else is more experienced, and you don’t know where to start. In that case, we’ve got a couple of tips for you right here!

There are plenty of things that you can learn on your own — we’ve all seen people take lessons for stuff that they could’ve learned themselves with minimal effort. However, golf is not one of those things. Don’t be stubborn; if you want to know stuff like proper golf swing basics, a golf pro will be able to teach you how to do things right without wasting time on figuring it all out on your own.

When you see golf on TV or in movies, the biggest thing is always the “hole in one”. Even when we’re not talking about such tricky shots, the fact is that people try really hard to become better at landing such long-distance shots. However, don’t spend too much time at the driving range if that means neglecting your ball putting. And as you may know already, putts are actually about half of all strokes you’ll make in a single round.

For golf, your hands are the most important tools. That’s only logical, as they’re the ones that actually handle the club. That’s why you need to strive to get the best possible grip on your golf clubs. This is another thing where you may want to listen to experts — there are variations, and you need to know if an interlocking grip is better for you compared to the Vardon, for instance. Professionals know this.

The driving range is the quickest way to practice long-range shots. It takes all of the fuss out of golf and leaves you solely with the swings. For instance, you don’t have to think about whether you’ll find your balls once you hit them. And this way of practicing golf is also great for stress relief and helping you take your mind off annoying things.

We recommend not using bladed clubs and forgoing them in favor of cavity-back clubs. These have a bigger club head, which means that hitting the ball with great results is far easier. If there’s one thing that will minimize your beginner inefficiency, it’s choosing the right club.

And in fact, many professionals still opt for cavity-backs, even though they’ve left the learning stages of golf long ago. That’s why you won’t feel like a complete newbie while you’re playing with them. Though, if you’re a particularly young player, there are beginner sets specifically made for children in mind.

We’ve already mentioned how golf has become far more accessible than it was just a couple of years ago. Still, there are certain elements that set it apart from the mainstream world of athletics — such as its etiquette. You must learn this set of norms for behavior before you get into golf. Not doing this means that you’ll risk finding yourself in the middle of uncomfortable situations, without even knowing that you haven’t done something right.

Stuff such as not wheeling a golfing trolley right on the green or playing too slow might not be something you know how to avoid instinctively; however, you’re sure to learn over time. The best thing to do would be to start playing golf with someone who is more experienced than yourself — see what they do, and mimic their behavior on the course.

Our final tip depends on how well you’re playing in the beginning — but it’s also something pretty much anyone should think about doing. To be concrete — if you’re not playing too well when you first start out, you may find that you’re losing golf balls. And losing them at an astounding pace, one that your wallet might not be comfortable with. That’s why you should start your golfing with cheaper, second-hand balls.

Plenty of golf retailers will provide you with balls that first ended up in a pond on a golf course, and have since been dried. These cost only a small fraction of their original price.

Golf is an extremely interesting game, and it’s important to start out prepared and positive. That way, you won’t get discouraged by other players, or find yourself becoming frustrated and bored. Follow our tips, and you’re sure to have a great time even in your first few weeks of golf!