Some Important Facts about Different Kinds of Salt 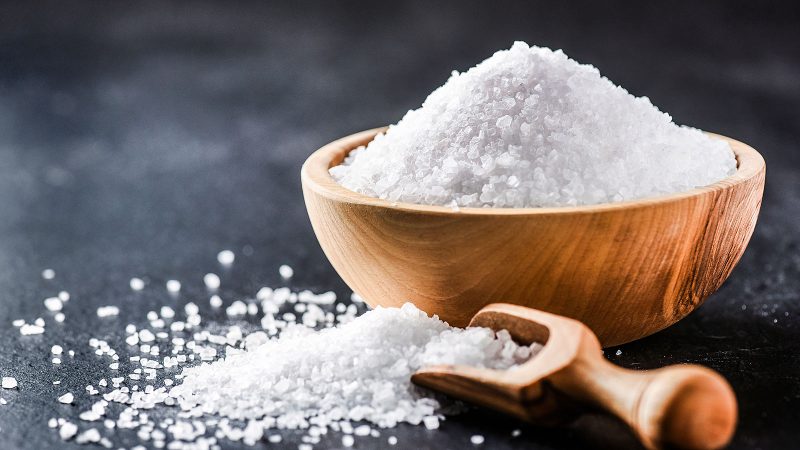 Salt that we mostly use in cooking is mainly comprised of sodium (Na) and chloride (Cl). It is very important to consume 500mg sodium on a daily basis for the proper function of many body organs. The main source of this sodium is salt which makes it significant in our food but in a limited amount.

A wide range of salt is available in the market. Though the chemical composition of all the salts is the same still there are significant differences among them. They may differ in taste, color, mineral content, nutritional value and source.

Here in this article, we are going to share some facts about different kinds of salts including their nutritional aspects.

This most commonly known and widely used kind of salt is obtained by evaporating the seawater. Due to water pollution, this salt gets contaminated with harmful pollutants. Because of this, it requires high refining and processing. It also goes through the bleaching process that washes away some good minerals along with pollutants. This changes its nutritional composition as well.

Some additives are also added to table salt such as iodine and anti-caking agents. The iodized salt is basically the table salt in which iodine is mixed from outside.

Himalayan pink salt is picked from mines in Pakistan. Its pink hue comes from a small amount of iron oxide present in it. Unlike regular salt, it is not processed and refined. It also contains a very small quantity of minerals and elements that include iron, calcium, zinc, and magnesium.

Himalayan salt in bulk quantity is mined using traditional methods from the salt mines located in the foothills of Himalaya. These mines are formed by the evaporation of the old sea. Due to all these facts, it is considered the healthier and purer form of salt. It is said to maintain the electrolyte balance in the human body when used in the form of sole or commonly known as saltwater. Other Himalayan salt benefits make it useful in the form of salt lamps and salt inhalers.

Sea salt is obtained from seawater through a process called evaporation. It is mainly composed of sodium chloride, but also contains calcium, iron, and zinc in trace amount. Though it is also obtained from polluted seawater but due to the change of area it is less contaminated than table salt.

Thus, it goes through less refining. Due to which its minerals remain intact along with some impurities. It is used in cooking and as bath salt.

The main nutritional fact about this salt is that it does not contain any kind of additives. It is also obtained by evaporation. Its size is much bigger than any other salt.

It has pyramidal-shaped flaky large crystals. Due to its coarse flaky shape, it is typically used for koshering the meat. It removes the blood from the meat more effectively than any other salt.

There are two types of black salt based on their source, taste, and benefits. One is called volcanic or black lava salt. Its name comes from the source of origin which is Hawaii covered with lava from a volcanic eruption. It is also an unrefined form of salt which is black due to the presence of charcoal in it. Charcoal has the ability to remove impurities from the body and also helps in improving digestion.

Another form of black salt is also known as Himalayan black salt, Kala namak or sendha. It is also obtained from the same salt mines from where pink Himalayan salt is collected. It has a black color with grayish and pinkish hues.

It has a very unique taste and pungent smell to it which is due to the sulfur. It is widely used in the Southeast Asia region in cooking and home remedies. It is a very common cure for digestion.

Commonly known as Celtic salt is collected from the sea located in Brittany, France. Its grey color is due to the clay in the sea. It is characterized by the moisture it holds. Its mineral-rich grey crystals have so many health benefits associated with them.

Due to its alkaline nature, it helps in balancing electrolyte in the body and easing muscle pain. It is hard to harvest which makes it expensive.

All these salts have different properties, benefits, and uses. It is up to you to choose the right kind of salt on the basis of their nutritional value.

Hey there, friends! I’m Jeffrey. I’m a blogger at Ittefaq Rock Salt. Thank you for joining me, as I share different aspects of my life. I’m so thrilled you stopped by! I love to create a beautiful, thriving life around me and helping others to do the same. I love writing about nature, health, and home décor related topics.