Some recently-discovered health benefits of cannabis 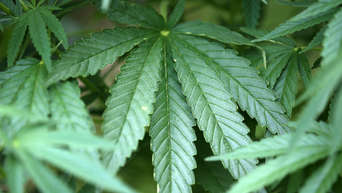 Cannabis is widely known for its recreational use and is widely used amongst youngsters. It has been a subject of much debate due to its recognition as a gateway drug to many addictive and dangerous substances. It was a banned and controlled substance all over the USA a few years ago. Only recently did some scientific research throw light on the benefits of cannabis which greatly helped the cause of people fighting for its legalization. The research uncovered a whole array of health benefits that cannabis provided and soon it started a chain reaction of a lot of states legalizing it one form or another. So let’s have a look at these health benefits that the researchers discovered.

Research on cannabis proved that it helps people suffering from ADD (attention deficit disorder) and ADHD (attention deficit hyperactivity disorder). As the name suggests it is a disorder where a patient suffers from focusing on things. Smoking cannabis helps calm the patient down and increases the focusing power without using any hard medications like Adderall.

Studies have shown that cannabis actively catalyzes the body to use insulin which automatically prevents or treats diabetes. In a study conducted in 2016 patients with diabetes improved insulin sensitivity after they started smoking cannabis.

Chronic pains or long term pains are a leading cause of disabilities in most parts of the United States. Indicia and Sativa strains of Marijuana are known to be the best in treating most types of chronic pains in patients.

Anxiety has only recently been acknowledged as a serious mental health condition and a lot of research went into finding its cures. Though it was already speculated that Marijuana is a good remedy, a study in 2014 proved that varieties like purple punch strain can significantly help in completely getting rid of anxiety in a patient. These strains of cannabis are a much preferable alternative to hard medications.

Probably the most valuable health-related discovery linked to cannabis was its potential to cure seizures in children and adults. After a lot of research, clinical trials, and debates, it was established that cannabis could not only prevent seizures but was safer than a lot of drugs being used before. The FDA soon approved it to be used to cure epilepsy.

Since it was already determined that cannabis made the body more sensitive to insulin, it also threw light on another health benefit, which is fighting obesity. Since insulin actively helps regulate blood sugar, it automatically helps control body mass and prevents obesity.

Autism is a disorder that prevents a patient from socially interacting and communicating. Patients suffering from autism were tested with cannabis and showed amazing results. They were seen to be much calmer and could actually hold conversations in public.

The use of cannabis to fight cancer has initiated intense research all around the world. A lot of results proved that cannabidiol has certain qualities that can actually prevent some types of cancer.

The social stigma surrounding cannabis as a harmful drug is fast fading as multiple health benefits are coming to the forefront. Recent discoveries have added new fuel to the teams of researchers who are determined to find more such benefits of cannabis. It is only a matter of time before it is legalized all over the world.