The Reason Behind The Need To Introduce Liposuction 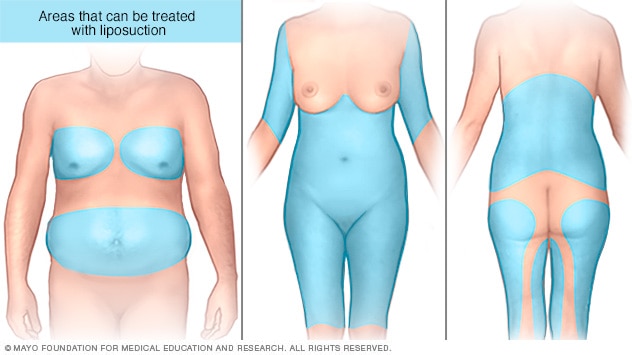 Solution for Your Obesity Is Liposuction

Nowadays, such cases are increasing every day, but 20 years back, a technique to tackle this situation was introduced, called Liposuction. Liposuction is a surgical procedure and a subsidiary of plastic surgery. In this process, fat is removed from the body, but even after the fat removal, the weight control is in the patient’s hand. There is a high chance of relapse if the patient lacks control over eating habits. In the USA, Liposuction has become one of the most common cosmetic surgeries. According to Dr. Trussler, liposuction Austin tx, one of the main reasons behind Liposuction’s growth is the use of the new, less painful technique for the operation.

The 20-year-old and primitive approach of performing the surgery has been updated. In this new technique, a cannula (a hollow tube) and an aspirator (a suction device) are used. The categorization of this technique is done based on the amount of fluid injected. The standard procedure followed in all the different liposuctions is by removing the fat from a localized area and then using the same fat in other areas if required.

A suction-assisted Liposuction is used to break down the fat tissues, and the broken down fat tissues are then sucked out with the help of cannulas, which are perforated long hollow tubes.

Power-assisted Liposuction uses a vibrating tip that is used to break down the fat tissues, and the suction process is then carried out with the help of the same cannula.

In water-assisted Liposuction, a sterile saline spray of water is used to breakdown the fat, and the broken down fat is recycled and again injected back into the patient’s body.

In ultrasound-assisted Liposuction, ultrasound energy is used to generate heat, which is then utilized to melt down the fat tissue, suctioned through the SAL technique.

In laser-assisted Liposuction, laser light energy is used to generate heat, which is then used to melt down the fat tissue, and the melted down fat tissue is sucked out with the help of the SAL technique.

Are You A Good Candidate For Liposuction?

Many of us have taken Liposuction as a therapy to reduce weight. However, this is not the case because if excessive fat is removed, it is also not a good sign for the body. Liposuction is used to extract specific areas of fat that cannot change with regular diet and exercise. According to cosmetic surgeons, a patient who is 10-15% of his body weight can be considered ideal for this procedure. Moreover, for the operation, the skin should have elasticity and cover the new slimmer contour.

There are not many life-threatening risks during liposuction surgery. But still, there are some risks involved, just like in surgery. These risks are generally excessive bleeding, infection, reaction to anesthesia, etc. However, certain complications can arise after performing liposuction therapy. These complications are:

When performing the surgery, if the skin area is not selected correctly, there might be a situation when the treated area might become bumpy. This might be due to the inelastic skin below the treated area.

Numbness is generally due to the anesthesia, which is given for performing the surgery. However, numbness goes away in a certain period. But in some rare scenarios, numbness can be there for a more extended period.

After performing the surgery, temporary pockets of fluid can be formed in the treated area, and hence they need to be drained.

However, these side effects are subjective to a person’s immunity and the body’s response. But still, the chances of suffering from any of these side-effects can be minimized by going to a reputed medical center like the Dr. Trussler liposuction clinic, as they will take all the necessary precautions to perform the surgery.