What Is DNA Sequencing? The Complete Guide 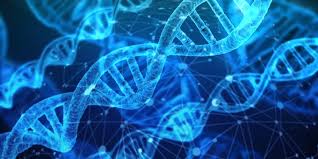 You know yourself better than anyone. You can likely rattle off several forms of personal identification like your social security number, driver’s license number, or birth date.

But how much do you really know about your biological identity? That’s right: We’re talking about DNA.

We know that we all have DNA, but learning exactly what that DNA says is a different story. That’s where DNA sequencing comes in. It allows us to see exactly what our DNA is made of and what it means.

So what is DNA sequencing? Read on to learn what the sequencing process looks like and what that means for science.

Before we talk about DNA sequencing, here’s some background on DNA.

You’ve likely seen DNA depicted as a double helix, almost like a spiral staircase. If you zoom in on this shape, you’ll see that the “rungs” of the ladder are made of molecules called bases.

The four bases that make up the rungs of DNA are Adenine, Thymine, Cytosine, and Guanine (or A, T, C, and G for short.)

Each “rung” consists of two of these bases lined up into what’s called a base pair. A pairs with T, while C pairs with G.

These “rungs” are held together by the vertical “rails” on the DNA ladder. These rails are made of a sugar-phosphate backbone.

How Do We Read DNA?

These “rungs” make up all of the instructions your body needs to function, like the user manual for a car. And while car manuals can be confusing, they’re a piece of cake compared to reading DNA!

However, with time and effort, scientists have painstakingly come up with a way to read these massive chains of base pairs. That’s where DNA sequencing comes in.

What Is DNA Sequencing?

In short, DNA sequencing is a method of reading DNA. While there are a few different ways to process DNA with sequencing, the overall concepts remain the same.

DNA sequencing gives you the correct order of base pairs (or “rungs.”) A tiny sliver of DNA may look like this: AATCGTAA.

Believe it or not, this seemingly-meaningless string of numbers can tell scientists about the very nature of our human body and how that changes as we age.

But before scientists can get to reading the DNA, they have to figure out the sequence of base pairs. This starts with a technique called gel electrophoresis.

Because DNA is so small, it’s incredibly difficult to measure at the micro-level. So, instead of inventing a teeny tiny tape measure, scientists came up with a clever way to see how large individual samples of DNA are, even without a microscope!

The process begins with a large block of gel that contains several lanes. It looks quite similar to a swimming pool that’s been split up into racing lanes.

Small samples of DNA are dyed and injected into a divet at the beginning of each lane. Then, an electric current is run through the gel, pushing the DNA samples down their respective lanes.

The final position of the DNA samples tells scientists their relative weights. From this, scientists are able to analyze the gel blocks and ultimately determine the bases in each sample.

While gel electrophoresis is extremely helpful for sequencing, it took an incredibly long time to piece together results. On top of that, scientists (just like the rest of us) make mistakes. One wrong sample and your whole genome could be thrown off.

Today, most DNA sequencing is automated. Sequencing machines began to appear in the 1980s. These machines were able to do a year’s worth of manual sequencing in a matter of hours.

DNA Sequencing for Diseases and Disorders

You may be wondering why sequencing matters, or what these letters can tell us about the human body. While the sequencing process may seem tedious and unnecessary, it has had a huge impact on our understanding of the body and the diseases and disorders that we face.

With DNA sequencing, scientists are able to record the entirety of a species’ DNA. This is called a genome. Once a genome exists, scientists can check an existing organism’s DNA against the genome to look for spots where the two sequences don’t line up.

These anomalies (called mutations) can help explain certain genetic traits, like why some people have attached earlobes while others don’t. But even more importantly, finding mutations in a DNA sequence can help scientists better understand genetic disorders and diseases like cancer.

Take, for example, the BRCA1 and BRCA2 genes (short for breast cancer genes.) Both of these genes are present in every human and normally act as tumor suppressors. However, 1 in 400 people has a mutation in their BRCA gene(s).

This mutation makes the BRCA gene nonfunctional, and therefore those with BRCA mutations are at a higher risk for breast cancer. If patients are tested for BRCA mutations early on, they can be screened more frequently and even take preventative measures such as a double mastectomy to lower their risk of cancer.

DNA sequencing has also helped scientists gather significant evidence to back up Charles Darwin’s original claims and learn more about how species evolved over time.

Comparing genomes of different species helps us to understand how they may be evolutionarily related. The more that the genomes overlap, the closer related the two species are.

With the help of DNA sequencing, scientists have discovered that we share 99% of our DNA with chimpanzees (a type of ape.) Therefore, we are very, very closely related to chimpanzees when it comes to the evolutionary tree.

As you can see, the complicated process of DNA sequencing has led scientists to groundbreaking discoveries in biology, chemistry, archaeology, and most importantly medicine. Now that the process has been streamlined, scientists around the world can use it to aid in their experiments and lab tests. It’s safe to say that DNA sequencing is here to stay.

Now that you know the answer to the question, “What is DNA sequencing?”, be sure to browse the rest of this site for answers to all of your other questions.