Why You Should Learn the Martial Art of Brazilian Jiu-Jitsu 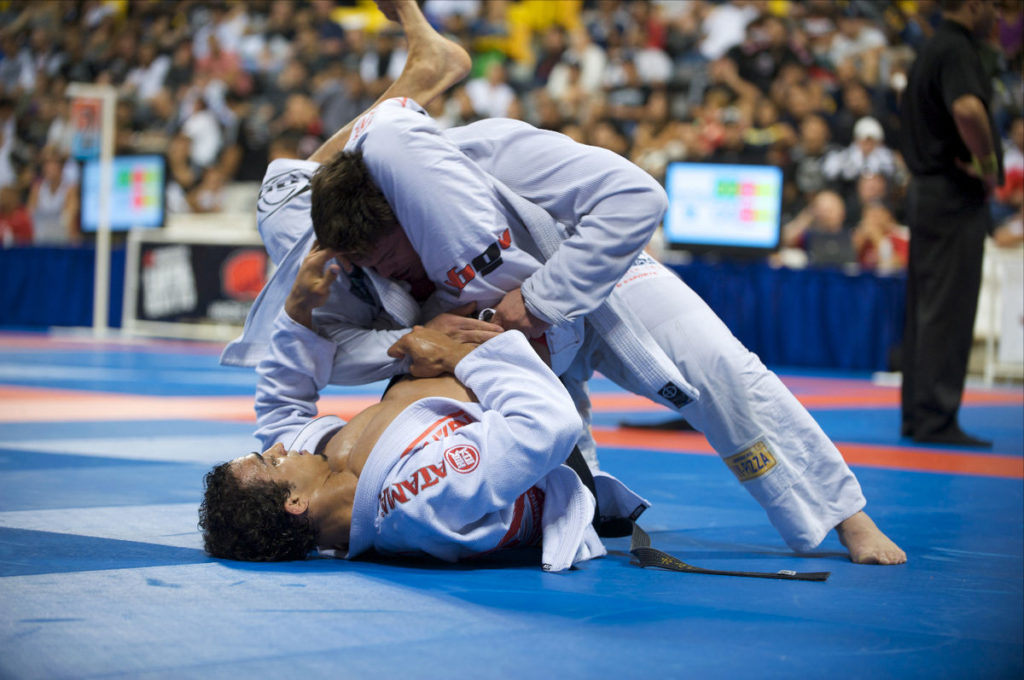 One of the most important things you should do is be able to defend yourself. Not everyone needs to be a world champion fighter but it’s good to know the basics of self-defense. Of course it’s great to know how to defend yourself but training for it is also fun and great exercise. There are plenty of martial arts that you can learn and you can also do mixed martial arts.

The basics are many types of chokes and limb twists. There are rear necked chokes, triangle chokes, arm triangles, and darce chokes. Other submissions are arm bars, knee bars, kimuras, and ankle locks.

Hopefully you’re never involved in a street fight but if you ever are in a real life situation where someone is trying to hurt you, you should know the basics. All street fights start on the feet and most of the time they end up on the ground. Most people just think to punch in a self-defense situation but the best thing you can do is grab the other person and diffuse the situation.

The way you can do that is by getting someone in a choke or any arm or leg submission and they will have no choice but to calm down and give up. Otherwise they will become unconscious or have a broken bone or more.

The pieces of equipment you’ll need to train Brazilian Jiu Jitsu depend on the BJJ gym or school you go to. Traditionally, Jiu-Jitsu practitioners wear a gi. There are competitions that are either gi or no gi. If you don’t need a gi for class you’ll definitely need rash guards. Rash guards prevent you from getting burns from the mats when you roll. Rash guards are long sleeve compression shirts and pants.

Where to Find a BJJ School

Now that you know the benefits of learning Jiu Jitsu it’s time to find a good school near you. You can’t go wrong with a Gracie school. The Gracie family is the most famous family in martial arts. They are a big family and have lots of gyms throughout the world and a lot in the United States.

The other great school is 10th Planet Jiu Jitsu which is owned and operated by Eddie Bravo. Eddie Bravo is a friend of UFC commentator Joe Rogan and Eddie is a world renowned Brazilian Jiu Jitsu fighter and coach. He currently is one of the coaches for Tony Ferguson who was the interim lightweight champion of the UFC. Tony is competing for the interim belt again on May 9th and if he wins he will get a title shot against Khabib Nurmagamedov. He was already scheduled to fight Khabib for the lightweight title on April 18th but the fight was cancelled because of the Coronavirus.

Get Training and Get After It

We’ve covered the best martial art to know for self-defense which is Brazilian Jiu-Jitsu. We discussed why it’s the best martial to know, the basics of it and what equipment you need for it. Also we quickly went over some of the best schools that you can train at.

Now that you have the spark, try out a class near you and I never heard of someone who started Jiu Jitsu and stopped. It’s amazing training for self-defense and it’s great exercise.

Shaun Trotter is a Brazilian Jiu Jitsu instructor from San Francisco California. He is a big fan of combat sports and teaching self-defense. In his spare time he blogs about BJJ and MMA at themmathrone.com.