3 Things To Know About The Zantac Lawsuit 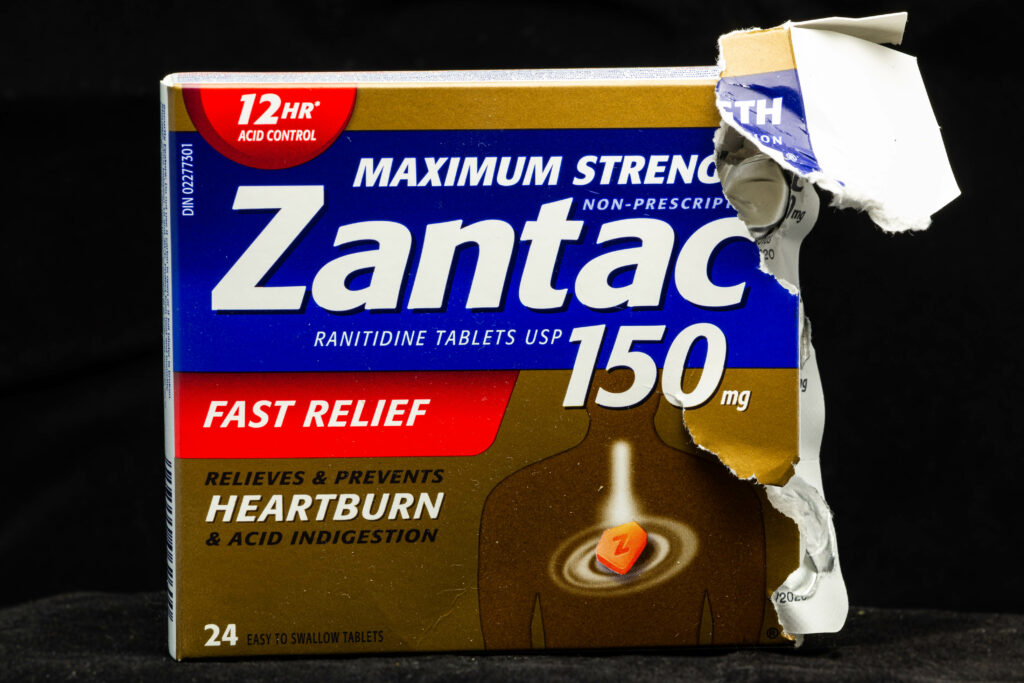 If you’ve been taking Zantac, or commonly known for its generic name, ranitidine, for your heartburn and gastroesophageal reflux disease (GERD), then you may have heard in the news that it has been linked to cancer. As such, lawsuits against the manufacturers are being filed in courts for the recovery of damages.

Thus, if you believe you also have a cause of action to file a Zantac lawsuit, below are the things you need to know about this legal matter:

Primarily, Zantac is a popular antacid medication used for treating acid reflux, gastrointestinal issues, heartburn, and other related health issues. Chemically known as ranitidine hydrochloride, it belongs to a class of histamine H2-receptors antagonists, which lower the amount of acid produced by the stomach.

While it’s known to treat stomach problems, Zantac products have been formally recalled by the Food and Drug Administration (FDA) in the market for reports that they can cause cancers, such as colon, rectal, and gastric cancers. This cancer concern can be due to the excessive levels of a known cancer-causing carcinogen, NDMA or N-nitroso dimethylamine, in many of Zantac batches distributed to the market.

Moreover, before the formal recall of FDA, several manufacturers also issued recalls on their own. This has prompted many citizens to file petitions with the FDA, requesting them to suspend all the sales and seize all the products. For those who have been diagnosed with cancer after several years of use, they began filing lawsuits in court against the manufacturers.

What Should You Know About The Zantac Lawsuit?

Now that you know what Zantac is and how it became a source of legal action, it’s time to get familiar with some things about Zantac lawsuit. This is especially true if your cancer diagnosis has something to do with your long-time intake of this drug.

Here’s what you need to know about the Zantac lawsuit:

As mentioned, if you’ve developed some form of cancer from taking Zantac, you may be entitled to file a personal injury lawsuit against the drug manufacturers in court. This legal action is intended for the affected individuals to recover the best possible compensation for their injuries.

However, dealing with a lawsuit can be overwhelming. Unless you’re a legal professional yourself, you may need the assistance of a personal injury lawyer who can help you prove your claim. Typically, most injury lawsuits arising from Zantac use can be complicated. For example, you may have to prove the following:

While the law on the recovery of damages differs from one state to another, there are common types of damages that most affected individuals may receive under the law. These damages can include compensation for the medical and hospital bills, lost wages, pain and suffering, and other compensable damages.

While you can file a personal injury lawsuit if you developed cancer from Zantac, you may also have the option to file a class action lawsuit against the manufacturers if you took Zantac, but was never diagnosed with cancer related to the drug. Typically, a Zantac class action lawsuit refers to a type of lawsuit that can be filed on behalf of a group of individuals who purchased the drug and want to hold the manufacturers liable for profiting from the misleading information.

However, compared to personal injury lawsuits, plaintiffs in a class action lawsuit don’t need to prove that they were harmed. Instead, they can argue that they incurred economic losses since they bought Zantac, believing that it was safe, and wouldn’t purchase if they knew about the life-threatening effects. So, if you want to be part of a class action lawsuit, then start looking for a reliable source of latest news, like Drug Injury News, regarding Zantac and other prescription drugs that have been the subject of formal recalls. By reading this kind of information, you’ll know what to do to win this type of lawsuit.

If you think you’ve been harmed by taking Zantac, keep the information mentioned above in mind so you’ll know what to do legally. Lastly, don’t forget to hire a good lawyer who can help you navigate your case more effectively. That way, you’ll get the compensation you deserve.